skip to main | skip to sidebar

What a great ANZAC Day 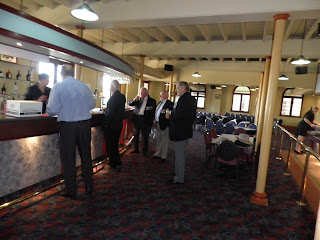 What a great day was had by all up here in Brisbane, we hope you all had as great a day. The day started at the new venue for the ATA that being "The Club" that is the Queensland Public Service Club. As this was a private function we were abel to have a drink well before the 1300hrs as set for most Hotels. As can be seen by the photo on the left a few of us took advantage of the situation.
We had a number of the Platoon members there including two past Platoon commanders. (Terry Byrne and Win Fowles) Two other members came a distance to join us, Rip Kirby all the way from Canberra and Gordon Balnch from Grafton. Thanks boys for putting in the effort.
The Banner stood proud through the march and we received feed back from other mem 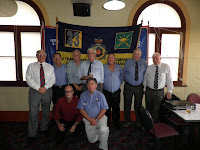 bers who saw us on the TV. We all felt so proud.
The club put on a great feed after the march and we all enjoyed a few drinks on such a hot day
Another great highlight of the afternoon was the presentation of a Certificate of Appreciation to Gary Kerr for his over Thirty years service to The RAASC/RACT and his service to the ATA since his discharge. Gary was an NCO with 2 Transport Pl in 1967 and served on till his discharge as a Major. To Gary from all the members of 2 Transport Pl we say well done mate, we are all proud that a former member of the platoon did 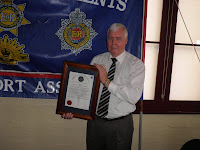 so well.
We are going to try and make it again next year, so if you are able to get to Brisbane please come along.
If any other groups have reports or photos of ANZAC Day and wish to have them posted just send them to:
mohrie@bigpond.com.

Posted by 2 Transport Platoon RAASC at 10:57 AM

For information on this blog contact "Mohrie" on 0407546311 or mohrie@bigpond.com